A number of years ago Delmar Smith developed the concept for the Wonder Lead or Command Lead as it well-known today. For several years all types of dogs, trained for many uses have been educated with the aid of the Command Lead. The easy springing cue and release action rapidly has pets heeling calmly close to their trainer or owner.

Rick and Ronnie Smith of HuntSmith have incorporated the use of the Command Lead into their Silent Command dog training system for many years. The Silent Command system has been successfully adopted by many professional and amateur dog trainers alike. The Silent Command system is made up several stages one succeeding the other after meeting the goals of each stage. The Command Lead comes directly after the dog has successfully learned to sit quietly and calmly while on stake out.

Furthermore, the lead and the constraint of it shows the dog to tune in to us and go along with us at any kind of speed in any kind of direction. The dog learns to be attentive as well as take direction from the individual holding the lead, which ultimately transfers to the dog going with us off lead using our body language it learned while on the lead. To put it simply, the dog surrenders to our lead as well as acknowledges us as pack leader.

It is not hard to find many professional and amateur dog trainers that consider the command lead to be the most useful piece of dog training equipment they own. The Command Lead, you can train a dog without it, but it will make the process easier, more efficient and results will be better with it! 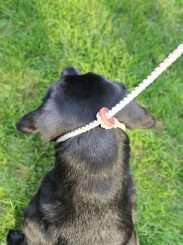 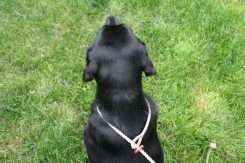 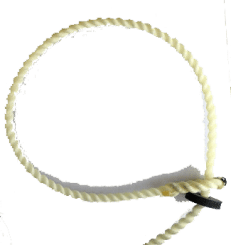 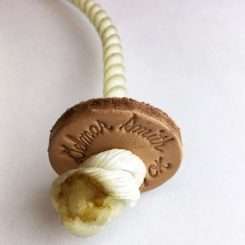 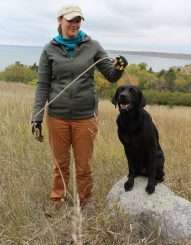 Click for article on Training with the Command Lead