The U.S. Fish and Wildlife Service (FWS) today released its report on 2018 Trends in Duck Breeding Populations, based on surveys conducted in May and early June by FWS and Canadian Wildlife Service.

Overall duck numbers in the survey area remain high. Total populations were estimated at 41.2 million breeding ducks in the traditional survey area, 13 percent lower than last year’s estimate of 47.3 million and 17 percent above the long-term average. The projected mallard fall flight index is 11.4 million birds, down from the 2017 estimate of 12.9 million. 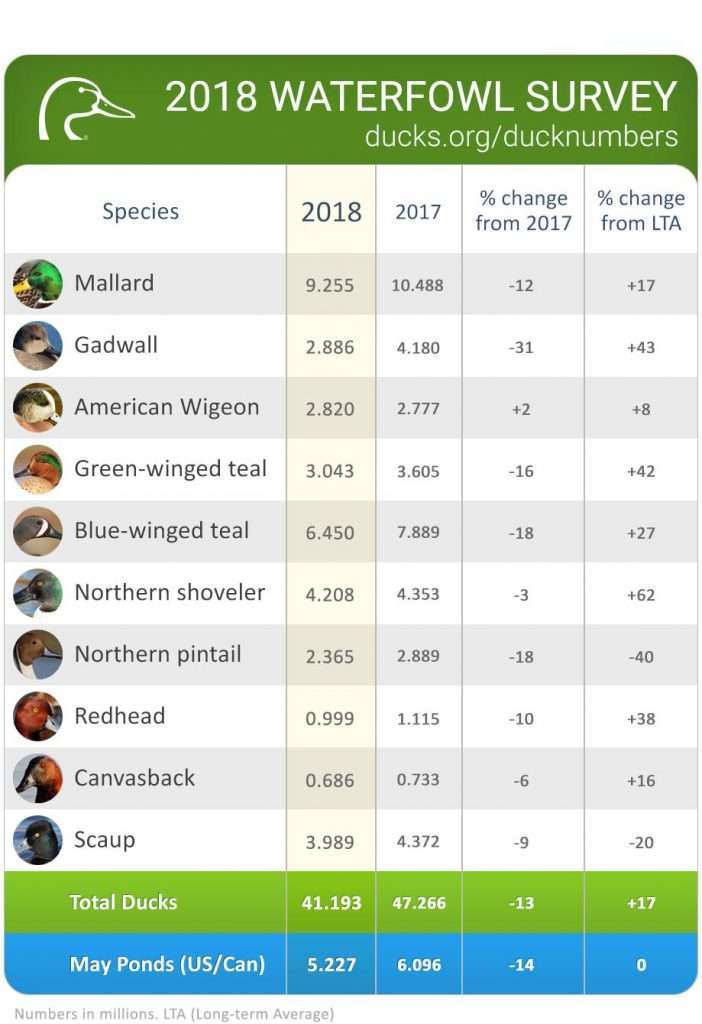 Gun Dog Outfitter has the stuff you need for your Ducking hunting retriever.